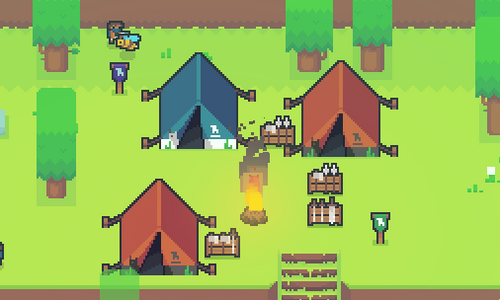 The 2nd part of the forest update is underway. Here's an outline of the major changes:

Once this update is finished, I will probably begin work on a quality-of-life centered update. For example, improving the UI, adding settings options (which includes keybindings) and other small tweaks.

As always, if you have suggestions please leave them in the community forum!