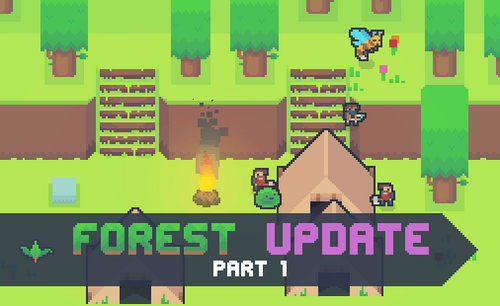 Part 1 of the forest update is here!

This update mostly deals with map generation. You will also encounter a new mini-boss; the mega bee. After charging up for short time, it flies speedily towards the player, dealing tonnes of damage. Dodging may come in handy.